The Driving Force of the US Economy

Most of the time in the business world, the focus is on large corporations – quarterly earnings or losses, their newest product, the latest corporate scandal, or their latest complaint about taxes.

We rarely hear anything about small businesses, often defined as businesses with less than 500 employees. Yet, if you look more deeply, you will find small businesses are the main engine for economic growth in America.

A few facts about small businesses in the United States:

Statistics from 2012 (the most recent year available) reveal

Impact on the US Economy

Here is something else that may surprise you: following consumer spending, small businesses have the greatest impact on the American economy.

For some time now, the unemployment rate has been dropping consistently; in May, 2018, it was 3.9%, the lowest it has been since the 1960s. Most credit large businesses for this, but actually the greatest increase in employment has been at small businesses.

Each year the US Small Business Administration (SBA) compiles a profile of small businesses; the most recent was created in February 2018.  In that profile, the SBA reported the following for 2015 and 2016:

Here are two other stats from the SBA:

Small businesses have a tremendous impact on the local economy.

Not only that, but most people have greater trust than they do large concerns in small businesses.

Small businesses realize satisfied customers are the lifeblood of their business. Without their purchases, they wouldn’t survive, so they go out of their way to treat them well.

Large businesses talk about customer satisfaction, but they rarely follow through. Few corporate employees care for their customers the way their small business counterparts do.

According to Naomi Mannino, in “Survey: Why Customers Love Small Businesses:”

“Smaller businesses have a way to set themselves apart from their larger competitors, according to the results of a CreditDonkey.com survey. Big corporate usually fails to meet expectations for 35.9% of over 1,000 respondents to our customer service survey. Conversely, when dealing with a small business, just 5.7% of respondents said customer service expectations are usually missed.”

Politicians often claim they care about small businesses. But when it comes to legislating, their votes tell another story. There are exceptions, but as a rule, small businesses

Banks play a similar game. They talk about their generous small business lending programs, but the reality is, only a very small percentage of small businesses are able to get bank financing.

Following the economic crisis of 2008-2009, small business loans from banks and other financial institutions all but disappeared. Since they didn’t have the collateral to guarantee these loans, small business owners were considered high risk.

“In order to get enough cash to open their doors, the majority of business owners (59 percent) used their own cash, but many relied on more than one funding method. Funding from friends and family accounted for 23 percent of funding methods used, and 401(k) business financing came in third at 22 percent. Surprisingly, only 17 percent of respondents relied on a line of credit and 7 percent an SBA loan to launch their business.”

And when banks do lend to small businesses, they squeeze every nickel and dime. According to a June 2016 article in USA TODAY,  if a small business requests a loan for $100,000, the average amount it will actually get is $40,500.

It’s a Wonderful Life is one of the most popular films of all time. In the movie, the little guy with a heart — George Bailey — triumphs over Mr. Potter, the avaricious banker and uber-capitalist.

Most Americans believe this is the way things should be, but our economy has taken a different path: since the 1970s, the Potters have been crushing the Baileys of the world. It’s a bit depressing, but it’s not hopeless.

Here are a few steps you can take to help small businesses get the respect they deserve: 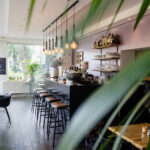 What Goes Into a Restaurant Feasibility Study 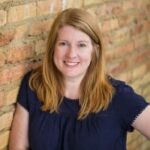