Decades ago a business could plan five, or even ten years into the future. They could set goals on sales and profits, and often they would reach or exceed them. Unfortunately, that is definitely not the case today.

Businesses can no longer plan far into the future. At most they can plan 24 to 36 months ahead.  Some make the mistake of not planning at all.

Planning is Critical in Turbulent Times

In recent history, there are numerous examples of businesses which have not survived because they failed to change as circumstances changed. They stuck to their old ways and did not adapt to changing market conditions.

McKinsey & Company has done extensive research on uncertainty as it pertains to the business world.  They define four levels of uncertainty.

This is where everything is moving along smoothly. Change is not happening rapidly. Businesses can plan 10 to 20 years into the future.

This is where at a given time a business has two options. Sometimes it can take both to achieve its goals. At other times it has to choose one.  Kodak, Blockbuster and Borders are examples of companies that stuck with the wrong one.

Level 3 – A Range of Futures

This is where a business has three or four options. Greater risk is involved in choosing how to proceed.

This is where a business just doesn’t know what to do.

Fortunately, Level 4 situations are rare and usually don’t last for extended periods of time. Level 1 uncertainty seems to be a thing of the past. Most businesses today face Level 2 or Level 3 uncertainty.

History tells us that businesses cannot bury their heads in the sand during periods of uncertainty. To do so they run the risk of losing much of their customer base and going out of business.

The Critical Elements of the Strategic Plan

So it’s critical for them to have a strategic plan. In this plan they need to look at each option available to them and decide how they will react to each one.

In Level 4 situations they should use their best judgment as to what may happen and proceed that way. At the same time they should be ready to change quickly if they made a mistake.

One person in a company cannot develop its strategic plan. The best minds in the company should be involved so multiple possibilities can be taken into account. There should be at least one contrarian presenting opposite views.

After looking at the pros and cons of each option, the team should reach consensus on which way to proceed. Ideally there will be specifics for the next 12 to 24 months. There can also be some general views for three to five years down the road. In most instances, too many unknowns will prevent planning beyond five years.

Lessons from Past Failures

At any given time business leaders have to remember the lessons Eastman Kodak, Blockbuster and Borders have for them.   The following authors summed these up nicely.

In their book, Bold, Peter Diamandis and Steven Kotler had this to say about Eastman Kodak:

“Kodak was in the business of recording memories .…  But that wasn’t how the Kodak Corporation of the late twentieth century saw it. They thought the digital camera would undercut their chemical business and photographic paper business, essentially forcing the company to compete against itself. So they buried the technology.”

In his 2011 article, Snoozing And Losing: A Blockbuster Failure, M G Siegler wrote this:

“It wasn’t until 2004 — six years after Netflix launched — that Blockbuster realized it needed to enter the online DVD rental-by-mail space. By then, Netflix was already turning a profit and Redbox had just launched. Blockbuster was already dead — they just didn’t realize it yet.”

In his 2011 article, 4 Lessons From the Demise of Borders, in US News and World Report, Rick Newman reported:

“During most of the 2000s, Borders focused on its retail strategy, investing money to improve the in-store experience for shoppers, add cafes, experiment with new concepts, and expand internationally. It might have worked a decade or two earlier, but Borders was investing in physical real estate at the same time that shoppers were flocking to the Internet.”

The Advantage of Hiring Management Consultants

The Strategic Plan is a Living Document

Once put in place, a strategic plan cannot be forgotten. The company’s ongoing performance has to be monitored. If conditions change and the company’s goals are not being achieved, an immediate response is necessary. Changes in the plan have to be made. At times, quickly.

Strategic planning has always been important to a company’s success. In times of uncertainty like this it is critical. 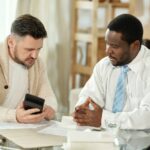 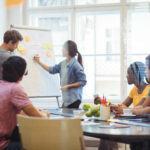