Slow Food – The Battle for Quality

Americans are constantly on the go, with little or no time to relax. People cram their days with activity after activity. With such a fast-paced lifestyle, eating a leisurely meal is rare.

Fast food is downright bland. Have you ever heard anyone (above the age of 13) rave about how great their meal was at a fast food restaurant?

People Have No Idea Where Their Food Comes From

Most people don’t realize that the vegetables they eat were picked before they were ripe, and then ripened in transit or at the supermarket.

They don’t know most of the beef they eat is from cattle given hormones to stimulate their growth.

They don’t know that the poultry and pork they’re eating probably came from a giant factory farm that mistreated the animals.

They don’t realize how many middlemen are involved in bringing food from the ranch or farm to the supermarket or restaurant.

They don’t understand how much of every food dollar goes to marketing and distribution, and how little actually goes to the farmers.

Thirty years ago the meat in a typical hamburger came from a single cow. Today, a fast food burger contains meat from dozens or even hundreds of cows.

If they have fries, they have no idea where the potatoes were grown or how their fries were made.

While the industrialization of food has benefits, it also causes problems.

One in three adults is overweight in the United States. A high fat, high sugar, high salt diet is associated with a higher incidence of high blood pressure, cardiovascular disease, diabetes and cancer.

As our food chain has over-industrialized, local mom and pop restaurants serving regional dishes have largely disappeared. Chains and franchises have taken over.

The United States imports so much of its food today that food security is now a real issue for our country. Most Americans are blissfully unaware that most of the food they eat comes from over a thousand miles away. Many of the vegetables, meat, and almost all the seafood we eat comes from overseas.

The Rise of Slow Food

In 1986, the first McDonald’s was scheduled to open in Rome, Italy. An Italian political activist, Carlo Petrini, decided he had had enough, and organized a protest.

He wanted to make people aware of the impact McDonald’s and other restaurants like it would have on Italy’s culture and economy. Great tasting regional food would disappear along with the slow pace of life that was the norm for most people.

That protest struck a chord and led to the founding of the Slow Food movement in 1989. Slow Food opposes fast food and the disappearance of local and ethnic dishes.It alerts people to the consequences of a fast-paced lifestyle and seeks to reawaken people’s love for the food they eat.

Slow Food has three guiding principles for the food it supports:

As the Slow Food movement has grown, it has spawned new groups to promote its guiding principles:

Several years ago, the Slow Food organization started a Slow Meat campaign. The purpose is to promote small and medium sized producers who believe in animal welfare and who use better, cleaner and more humane ways to raise their stocks.

More recently, they added a Slow Fish campaign. Here the focus is on artisanal fishing and neglected fish species. They also encourage people to learn the responsible management of the resources in rivers, lakes and seas.

Today, millions of people around the world — across 150 countries — embrace the Slow Food movement.

The Slow Food movement encourages people to take time to enjoy the food they’re eating. To sit around a table with family members or friends, relax and enjoy each other’s company.

Slow Food is gaining ground too. Chefs at major restaurants in cities offer classes on meal preparation. People from various ethnicities are sharing recipes for various dishes loved in their homelands with their communities. Farmers’ markets have become popular. Even restaurant chains like Chipotle and Panera publicly display their guiding principles:

Slow Food has a way to go, but it has grown beyond the foodies to slowly improve the lives of ordinary working people tired of the same old burgers and fries. 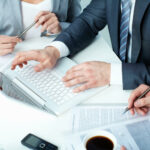 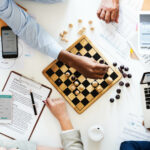