Sell Your Business For More

The most common exit option is a business sale. However, selling a business takes time, especially if the business isn’t structured with a sale in mind.

In many small businesses, the owner is the face of the organization, the person everyone goes to — clients, vendors, employees — because they are so good at what they do. Nobody at the business works harder than the owner, right?

Unfortunately, by buying into that mentality you lower the value of your company. Instead of empowering employees, delegating tasks, and creating systems, the owner carries the weight of the business, so when the business owner leaves, so does the value.

Create value by  making the business owner as expendable as possible

The process of preparing for a sale can be challenging, even agonizing, and sometimes it may feel like the business is regressing. But if you follow through, it is well worth the effort.

Even if the owner has removed herself from the day-to-day business operations, there are often still opportunities to increase the business’s value.

It is tempting to skip all the analysis, draft a simple plan based on nothing but anecdotes and intuition, and then jump at the first offer. The problem is that the first offer is rarely the best; it can sometimes be the worst. Consider the following hypothetical example:

Garden Delights: An Example of Selling a Business

They design and manage exotic gardens for schools, hospitals and municipalities. They currently are on track to have 70 employees, annual revenue of $9 million and a profit of $800,000 for the current year.

They decided to skip all the exit planning rigmarole, and instead contacted Suzanne, a business broker. After some research and a few discreet inquiries, Suzanne estimated the company had a nominal valuation of $3.0 million and told them the best they could hope to sell the business for in the current (depressed) business climate was about $2.4 million.

None of the buyers she spoke to seemed very excited about Garden Delights.

Frustrated with this result, Mary and her partners decided to regroup and invest in some exit planning. They hired a business consultant who specialized in small business growth consulting and had experience in exit planning.

The owners also discovered they all had very different retirement goals, and that the gap between the current sale price and what they together wanted was approximately three million dollars.

After several more discussions with the consultant, the partners decided to stay on with the company for the next few years and reinvest some of their future profits into the business.

At the end of the third year, the partners had another valuation completed. This time, the estimate was $6.6 million. They reached out to the business broker and asked her to start testing the waters again.

Fortunately, they had kept in touch with Suzanne over the past few years, and she had created a short list of potential strategic buyers for Garden Delights. After several weeks, she had three purchase offers: $5.8 million, $6.4 million, and $6.3 million.

The owners met with all three suitors and decided to accept the $6.3 million offer since they sweetened the pot by adding an earn-out arrangement whereby all three partners could stay on as well-paid consultants for the next three years.

If Mary and her partners had taken the first offer they received three years before, they each would have received $650,000 (after subtracting brokerage fees, taxes and other expenses). Instead, they invested in the company (and themselves) and three years later they each walked away with $1.6 million.

In the case of Garden Delights, patience and planning paid off to the tune of:

While this particular story is fictional, the potential is all too real. Don’t sell yourself short by thinking short-term or small. 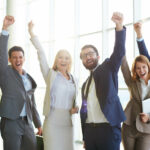 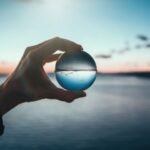